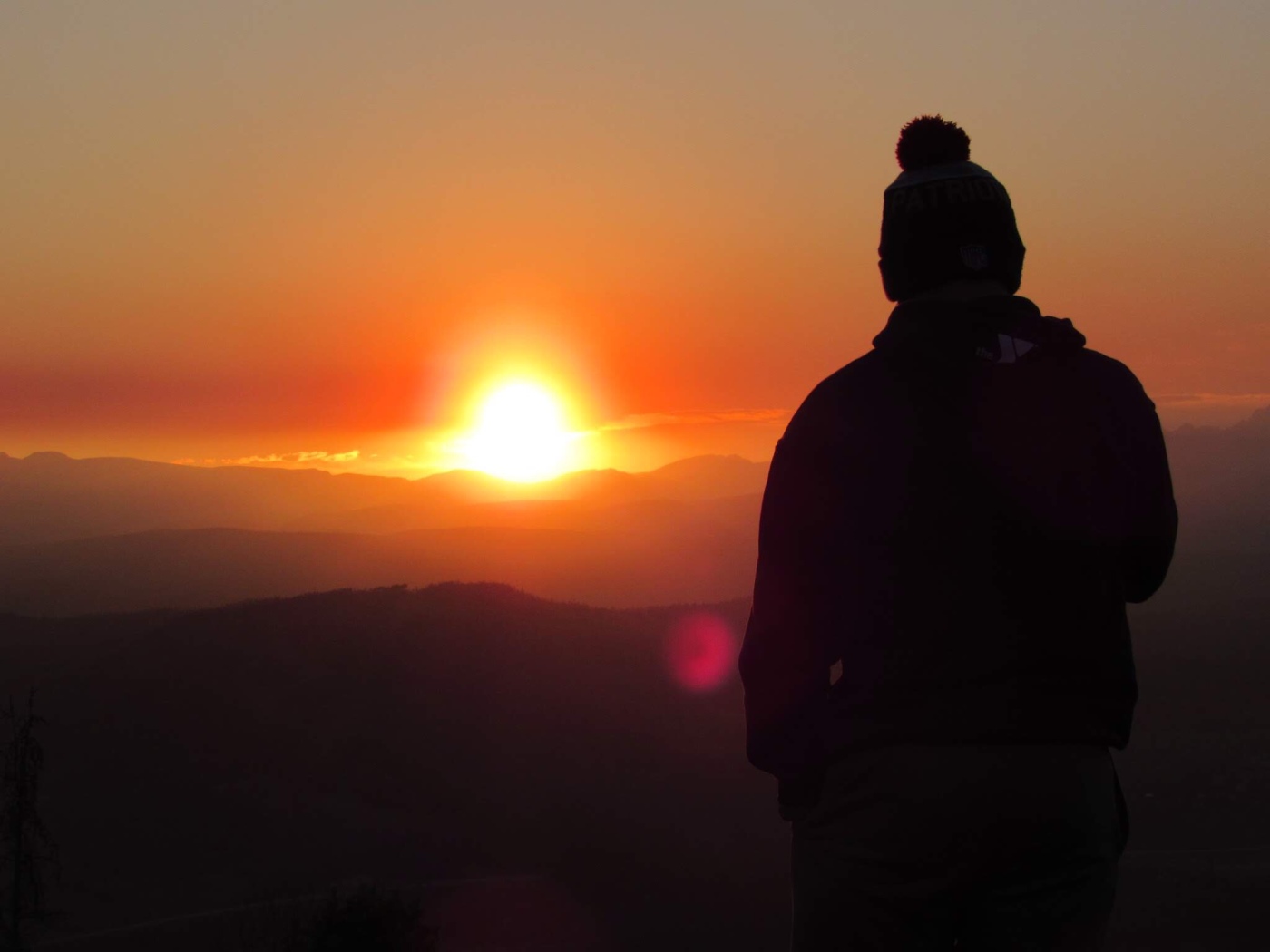 Ok, so this crazy thing occurred…I actually had this blog about 80% done earlier today, but tonight, well now this morning, I completely erased the work I had done and am choosing to rewrite. It sounds horrible I know but bear with me. Initially, the title was, “2019…thank you, next” which is a phenomenal connection of Ariana Grande’s iconic song and how I personally view the first few weeks of 2019. Ok yeah no…honestly it doesn’t connect well at all I was just trying to be humorous which now I see failed. But in retrospect if I could have my way I would probably ask that 2019 either restart and not be such a mess…or to just move right on to 2020. But I have a semi better outlook on it now…somehow…I’ll try to explain.

Anyways…why the drastic change? Why erase over a thousands words to start over? Why are you up at 1 am with a glass of whiskey writing, when you should be asleep? You do realize you leave tomorrow for internship training and that alone is going to fry your brain with information download? Yup all that is true…and I’ll admit it would make a lot of sense to go to sleep…but nah!

I have to be real first, and admit that despite the awesome work the Lord did on my heart, literally less than 3 hours ago, there still are the very heavy few weeks of 2019 I have endured.

For me and for a lot of my brothers and sisters in arms, the new year started with a very painful funeral. On January 2nd, 2019, my chief, brother, and friend SGT Brock Comer, passed away in a tragic car accident at the age of 24.

Comer had for sure become the man I looked up to in the military. He led by incredible example, he had a perseverance and a determination unlike many men I know, and he never failed to pass that same mindset into the soldiers he was leading (there are 8 of us to be exact). He was an incredible soldier, and an even better man. Of the many things that made Comer so great, the biggest thing I will take away from the time I had with him, is the way he always sought to encouraged me. Not only did his find many ways to encourage me as I stepped up into military leadership, he also would seek to encourage me as I began to pursue leadership avenues with my church. There really is no way to describe this loss other than the truth that he was my brother and it hurts with the same magnitude one would expect losing a brother would have. Going forward, I am not really sure how things will pan out, I know there will be a lot of grieving, especially for us who were super close to him and under his leadership, but I also know we will be able to grieve together as a family. He will be missed dearly.

It’s really hard to transition from that, because I don’t feel as though I can never really say enough. It’s a hard thing dealing with loss. It’s completely out of my control and is incredibly painful. Sadly, the painful and out of my control situations didn’t stop there. A few days later, my mom got a text that read something along the lines of “you will never see the boys again, you are not safe, goodbye”.

For the last, gosh, maybe 3 years, we have been deeply involved in the lives of 2 boys the Lord has intertwined into our stories. It would seem, that that intertwined story has come to a screeching halt. There is so much detail and context, but it has now been more than 10 days since anyone has seen the boys, frightfully longer for myself, and this time it seems to be final time. I say “this time” because the same text has appeared on my mother’s phone many times before but after maybe a day contact would begin again and within a few days one or both boys would be back in our arms again. I don’t want to say something like, “And now they never will be in our arms again” because I really don’t know. I will continually pray for their lives, and pray that they can be intertwined with ours once again. But this is so hard, it’s absolutely heart breaking. Again, a “loss” of brothers, who we love, who we miss dearly, and who cannot be replaced in our hearts. Not fun at all!!

My mom has always been this firm foundation in our family, especially in this work that we do. Her bold words at this situation were, “This is the risk we take doing our ministry”. And my goodness what a ministry it has been. For more on the time, energy, and love we have poured out into this ministry check out an older blog post But yes, even though it is far from what you’d call pretty, actually it’s just plain ugly, I love this work that the Lord has given us to do, and with his help is has become something so beautiful.

And there is more, but the reality I have slowly been coming to grips with is, that more often than not, life ends up being out of our control, and has a really heavy right hook. And so that is why I wanted to initially just write about how life has been pretty hard, hence, “Thank you, next” seemed fitting and I was going to go with that! But…let’s dig into why I completely reworked this whole entry…It started on a very snowy Thursday night, in January, 2019 (literally 3 hours ago).

Usually, Thursday evenings are very mundane. I go to work at six, I finish work at 11, I go to bed smelling like the diesel buses I service, and that’s about it. Oh and sometimes skyline occurs during our break. Well this Thursday things were a little different. Skye, a friend of mine from high-school, started a Thursday night, Instagram live, spirit filled chat/study/prayer…it’s basically all the things Skye is in life, but put into a little hour or so of Instagram live video. I was very excited to listen in when I could, since I was at work, but I missed quite a lot. I was able to pop in to the end of the video, where he began to pray over some of the people watching. He began praying over a guy and the prayer and vision he saw really ended up resonating with my own life as well. He saw the guys life as a catapult being pulled way back, there’s a lot of tension and stress, but also potential for growth and being launched out into the world. I listened intently and to me it sounded so great and so true…because it is! The trials and tension we experience in life, build up more potential for God to use us in incredibly powerful ways. I’ve seen this through a very stressful summer that in the end shaped me more into the man God wants me to be. Super cool for that guy being prayed over and I am praying that it can ring true in his life as it did in mine.

He then finished praying over the guy and said he was going to do just one more. And…he said my name. He felt the Lord drawing him to pray over me and so he began to pray over me. And my goodness, the message the Lord had for me in this moment rattled my world. He sat there in silence and began to speak saying he saw me high on a balance beam and, let it be known, I was doing very well at balancing (his words not mine), but the Lord would much rather have me soar. “Soar on wings like eagles”. He went on to explain, that the balancing act really had a deeper root in a fear of falling. A fear I am aware of but definitely not addressing. Skye went on to say, that he feels the Lord is sending me out in this season as a catalyst to not only soar, but to equip other with wings to soar as well. As I listen to it again I am given chills. Further on, he felt that the Lord was beginning to send me out as a spiritual general for the church, and further on he described a vision of me baptizing people in unique places (think like hottub and things like that). Wow all so seriously insanely cool, totally strange too, but very cool. However, it was that first bit that hit me the most; the idea of soaring, not just balancing.

I began to realize I had simply been balancing my life. I’ve let the Lord heal a lot of things in my heart, I’ve begun to dig really deep into his word, and I’m developing really good relationships with my community at h2o, but I can definitely say I have held back. In more ways than one, but I think I have allowed a part of me to remain complacent and simply balance and maintain my own control a bit, instead of just soaring with God (this also gives him all the control because without him I am falling…not soaring). A specific thing Skye said was “I feel like you’re done with complacent Christianity”. I really could not put it any better myself. That is how I want to jump into this weekend.

So, going into internship training tomorrow, and as I step out into another big transition in life, I want to be able to soar with the Lord, and not be afraid of falling. I have no clue what this will even look like, this basically was me writing in a journal about a crazy thing that happened tonight that has seemingly revamped the way I am thinking about this year. I really do not know what is in store, or what the Lord wants to do with this…oh well!! So off I got, into a no doubt exhausting weekend that is going to challenge me, equip me, and send me off into my first steps into occupational ministry.

“But those who trust in the Lord will find new strength. They will soar high on wings like eagles. they will run and not grow weary. They will walk and not faint.” (Isaiah 40:31 NLT)

^that’s going to become my anthem for the rest of 2019!! Lets GO!! Full send…full soar…it’s probably going to be messy…stay tuned…I’ll do my best to blog a little more as I know a lot of people really like these!

Also, let me just say, that none of this somehow removes the pain that is still going to be there going forward. All that stuff I said is still really painful and is not going to just go away. What is it making me realize, is that I cannot keep balancing myself and expect to keep being really good at it. Instead, I have to jump off and soar with God. I have to let him take the reigns and be okay with not having control of life. Again…I am not good at this, and don’t exactly know how I will begin to go about this but this is a start. (It’s also like 3:30 am so…I’m running out of any brain power). So good night, and some GO BUCKS!!! Since I have to go back to Ann Arbor again and be around wolverines…

One thought on ““I Want You to Soar””